Silence of the Bones by Adam J. Wright 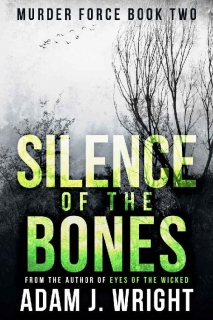 An unsolved case from DCI Battle’s past returns to haunt him when it seems that a killer from over a decade ago has struck again.
Daisy Riddle went missing 15 years ago and Battle failed to keep his promise to bring her home. Now, her dead, body has been discovered.

What happened to her, and where has she been all this time?
Battle must overcome his guilt in order to catch Daisy’s killer, a task that becomes desperate when another girl is taken.