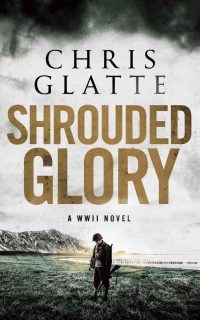 In early June 1942, the Japanese occupied Attu Island—A year later, the U.S. Army took it back.
Attu Island sits in the far western reaches of the Alaskan Aleutian Chain. It has one of the worst climates known to man. The cold, wet-weather, matched with the boggy, treeless tundra, made the fighting conditions some of the worst of the entire Second World War.

Tanks and other support vehicles were useless, leaving the GIs alone to assault the relatively small force of well-dug in defenders from one foggy ridgetop after another. As casualties mounted, the quick three-day battle the allies hoped for, dragged on for nearly three weeks of constant fighting—often hand to hand.

For two soldiers linked by friendship but separated by towering ridges, day to day survival meant facing constant challenges, not only from a relentless and motivated foe, but from the island itself.