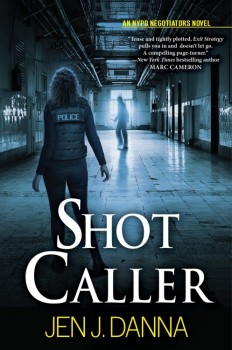 On Rikers Island, tensions always run high, especially in the Enhanced Supervision Housing unit. The ESH is home to Rikers’ most dangerous offenders, many of them members of rival street gangs. When Gemma Capello and her team get word of an uprising at the ESH, they know how much is at stake. Gemma also has her own unresolved feelings to deal with—this is the first case she and Detective Sean Logan have worked together since a siege at City Hall that ended with the hostage taker’s death.

Built to hinder escape, prisons are also especially difficult for a tactical team to invade. That’s a last resort for Gemma, but the longer the inmates remain in control, holding corrections officers hostage, the greater the risk. Gemma begins negotiating with Kill Switch, a young, aggressive member of the Filero Kings gang and the inmates’ spokesman. She can tell the stress level is escalating inside. That may give her team some advantages, but it soon leads to a brutal act of retribution—and threats of more to come.

Navigating assumptions on all sides, Gemma desperately tries to stop the body count from rising. But with disagreements and volatility increasing all around, the only certainty is that the next misstep may be a fatal one . . .