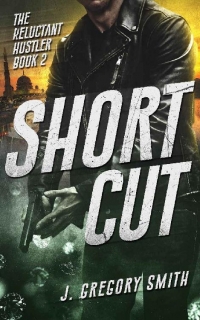 Strange Inheritance
Kyle Logan wanted nothing more than a return to his normal life after his shady best friend, Ryan, was killed in a misadventure six months earlier. But Kyle can’t tell the rest of the world about what happened because the Philly Irish Mob would send hitmen. Instead, he is stuck covering for all his friend’s petty schemes.Ryan’s double life created a world where people trade favors to avoid legal obstacles. Now, people are turning to Kyle for everything from loans to insurance-denied cancer drugs. Kyle is mystified, with no idea how to help them.

When a colleague called Tom Thumb shows up and asks about preparations for a lucrative smuggling job called the “Mr. Beautiful Project,” Kyle realizes that Ryan meant to include him all along. With Tom’s help they crack the code to a treasure trove of Ryan’s resources: people, favors owed, and information.

Since Ryan’s last gambit got him killed and left Kyle cut to ribbons, Kyle is ready to pass on the “opportunity.” Unfortunately, a pair of hyper-violent mercenaries found out about the deal and will stop at nothing to take it for themselves. Even worse, they know how to find Kyle.
Now if he wants to survive, he and Tom have to complete the deal before the hired guns catch them.