Sherlock Holmes and The Beast of the Stapletons by James Lovegrove 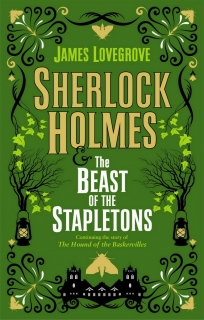 Sherlock Holmes and The Beast of the Stapletons by James Lovegrove
English | 2020 | Mystery | ePUB | 1.3 MB

Sir Henry Baskerville is living contentedly at Baskerville Hall with his new wife Audrey and their three-year-old son Harry.Until, that is, Audrey’s lifeless body is found on the moors, drained of blood. It would appear some fiendish creature is once more at large on Dartmoor and has, like its predecessor, targeted the unfortunate Baskerville family.Sherlock Holmes and Dr Watson are summoned to Sir Henry’s aid, and our heroes must face a marauding beast that is the very stuff of nightmares. It seems that Stapleton may not have perished in the Great Grimpen Mire after all, as Holmes believed, and is hell-bent on revenge…