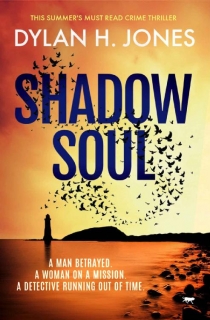 A man betrayed. A woman on a mission. A detective running out of time.
When RAF drone pilot, Bobbie Matthews, suffers a devastating trauma, it sets in motion a series of events that sets the whole Island of Anglesey on edge.
Assigned to the case of an RAF Base Commander found dead on a popular tourist beach, DI Manx soon discovers the investigation is more complex and sinister than he imagined.

Meanwhile, paranoid and wracked with guilt that her actions might have led to the death of her own husband, Bobbie sets out to uncover the truth. But at what cost?
And is there a link between Bobbie’s past and the body on the beach?
Pushed to his limit, Manx is about to find out…