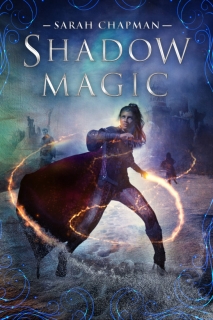 Asmara is one of the most powerful mages in the world. Or, she would be if she could use her magic. She is a shadow mage, a wielder of rare and unusual magic, with the power to peer into the souls of others, to change them, to destroy them. And yet to use it comes at a high price, as shadow mages who use their power rarely make it past their twentieth year. On the plus side, it means she can charge a high price for her services as a mercenary.

After resisting her magic for twenty years, war breaks out between Mance-Jolune and the neighbouring land of Lakasha. Tension between the two lands is nothing new, but this time, something is different. The Lakashan’s somehow have trained shadow mages, and are using shadow magic in war for the first time. Asmara is suddenly of great interest to the King and all his spies, and refusing to use her deadly magic is no longer an option.