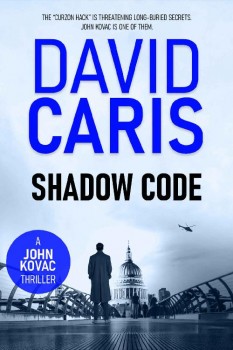 A POISON SO DEADLY, A SINGLE GRAM CAN KILL EVERY HUMAN ON THE PLANET…
Former Navy SEAL John Kovac is trying to make a go of it in London. He’s done with his old line of work, done with the lies, and most important of all done with killing… He’d be looking good for a fresh start too, if he hadn’t just found his identity up for auction on the dark web.
It doesn’t take Kovac long to figure out the source of the breach. His old employer, Curzon International, is in trouble. A routine software update has compromised the company’s networks. With its systems down, its staff locked out and clients demanding compensation, the multinational’s on the verge of collapse.

To protect his past, and protect himself from bidders who want him dead, Kovac has no choice. As Curzon’s go-to “fixer”, it’s time to return to the fold.

Kovac expects an icy reception at Curzon. To his surprise though, he finds an unlikely ally in the new CEO. Megan Curzon’s just as strategic, just as capable and just as ruthless as Kovac, and together they uncover a single name: “Delphi”.
But who or what is Delphi…?
Desperate for answers, Kovac and Megan peel back the layers. They soon discover the threat to Curzon extends well beyond a simple data breach. A lethal bioweapon lurks in the well-to-do boroughs of London, where a young woman, a bitter mercenary and a group of terrorists make plans…