Secrets of the Angels by HN Wake 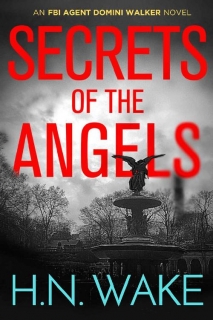 To gutsy, dogged FBI Special Agent Domini Walker, her father’s suicide never felt right. Now there’s new evidence that pits Dom and her small audacious team against an influential man in the Los Angeles Police Department. Can they reconstruct the interlacing threads of the cold case before being discovered by powerful forces?

Meanwhile, Special Agent Owen Whyte begins to dissect the twisty sources of their suspect’s wealth.
To clear her father’s name and soothe her own demons, Dom must trust her instincts and follow the clues to whatever dark and dangerous places they may lead.