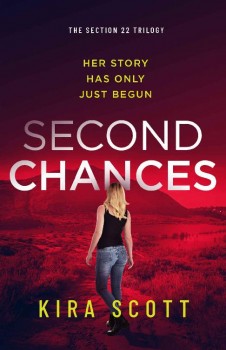 Dying was easy. Coming back is another story.
Heaven White thought her life was over. After breaking Ely out of prison and trying to escape town, getting shot wasn’t all that surprising. But then she wakes up, and now she’s on the other side of the prison bars. While everyone who cared about her believes she’s dead, Heaven is sent to section 22 just like the evaluators originally chose for her.

Knowing little about the military section beyond its high casualty rate, Heaven is determined to do whatever it takes to survive long enough to make it to her first leave. When one of her instructors challenges her not to waste her second shot at life, she decides she’s not going to stay in section 22, waiting for the day she’s allowed to leave.
But getting off base is only the beginning. She’ll have to survive more than that if she ever wants to get back to Ely, her family, and her home. And she’s beginning to wonder who she’ll be by the time she gets there… if she gets there.