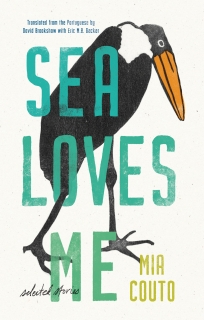 New and selected fiction, over half in English for the first time, from the winner of the 2014 Neustadt Prize.

Known internationally for his novels, Neustadt Prize-winner Mia Couto first became famous for his short stories. Sea Loves Me includes sixty-four of his best, thirty-six of which appear in English for the first time. Covering the entire arc of Couto’s career, this collection displays the Mozambican author’s inventiveness, sensitivity, and social range with greater richness than any previous collection—from early stories that reflect the harshness of life under Portuguese colonialism; to magical tales of rural Africa; to contemporary fables of the fluidity of race and gender, environmental disaster, and the clash between the countryside and the city. The title novella, long acclaimed as one of Couto’s best works but never before available in English, caps this collection with the lyrical story of a search for a lost father that leads unexpectedly to love.

The Fire
The Day Mabata-Bata Exploded
How Ascolino do Perpétuo Socorro Lost His Spouse
So You Haven’t Flown Yet, Carlota Gentina?
The Whales of Quissico
The Tale of the Two Who Returned from the Dead
Patanhoca, the Lovesick Snake Catcher
The Barber’s Most Famous Customer
Rosa Caramela
The Bird-Dreaming Baobab
The Russian Princess
The Blind Fisherman
Woman of Me
The Flagpoles of Beyondwards
The Waters of Time • and other stories
The Waters of Time
Novidade’s Flowers
Blind Estrelinho
The Perfume
Rain
Felizbento’s Pipe
Jorojão’s Cradle of Memories
Lamentations of a Coconut Tree
Beyond the River Bend
High-Heel Shoes
Joãotónio, for Now
That Devil of an Advocate
The Deaf Father
Square of the Gods
Sea Loves Me • and other stories
The Tearful Cook’s Journey
The Daughter of Solitude
The Widower
A Girl Without Words
The Very Last Eclipse
The Indian with the Golden Crotch
The Marine House
Rungo Alberto at Fantasy’s Whim
The Dribbler
Sentenced to Burn
The Child’s Heart and the Heart’s Child
Bartolominha and the Pelican
Isaura, Forever Within Me
Dona Elisa’s Belch
The Blessing
A Last Look at Love
The Dead Man’s Revelations
Ezequiela, Humanity
The Captain’s Lover
The Assault
Bereavement
Stop the Dance!
Rosita1
The Falling Man
The Basket
The Deferred Grandfather
On that Special Night
Isidorangela’s Fat Name
The String and the Beads
Entry into Heaven
Beggar Friday Playing in the World Cup
The Owner of the Man’s Dog
The Tearful Males
The Grandmother, the City, and the Traffic Lights
A Fish for Eulalia
Sea Loves Me