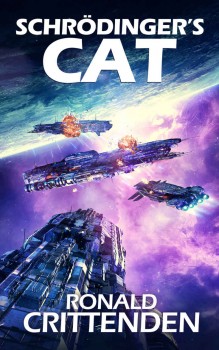 “We thought it would be a milk run. What we got was a massacre.”

In 2161, humankind prepares to move to a pristine new homeworld, far away in a distant sector of the galaxy. But when a warrior clan of Beta Gumra slaughters the first earther settlements, a Quick Reaction Force of marines races to respond.

It ought to be a walk in the park. The humans bring better weapons and tech to the battle, as well as help from their enigmatic allies, the Arks. But when their support fleet is destroyed by treachery, the marines suddenly find themselves all alone and fighting for their lives.

With food and ammo running out, their salvation hangs on a misfit engineer, a clapped-out warship, and a rescue plan that stretches the limits of physics itself.