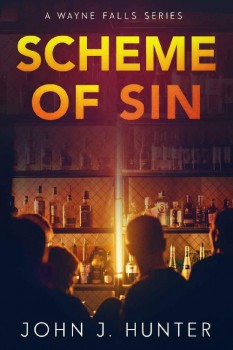 They were eating a nice meal… and then made a ghastly discovery.
A road trip to California takes an unexpected turn for FBI Special Agent Alice Sloan and her companions when a dismembered body is discovered in a dumpster outside a fast food restaurant. As more bodies turn up, cut into pieces and stuffed into plastic bags, investigators pursue a serial killer.

The slaughters seem ruthless and deliberate, highly suggestive that these are not random victims but rather people the killer knew and vehemently hated. As Alice pursues suspects, she stumbles across a piece of her own history. A missing detail about her mother’s death opens a new window into her past, one that ironically scars fellow agent Tyler Clark for life.

A strand of hair found in the backseat of a car points towards one suspect. However, a fingerprint match in a new computer database reveals another.
So, who is responsible? And what is the motive?
The case is about to turn cold. But the clues uncover the portrait of a killer who lives a double life, one of good faith and compassion spoiled by a raging vendetta.