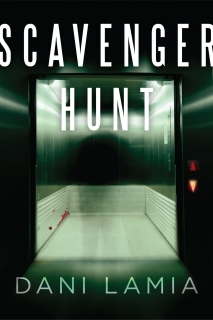 Winning the game could change your life. But losing the game could end it… Caitlin Prescott gave up everything to turn her father’s game company into a worldwide success. Along the way she lost her mother, her marriage, and she barely sees her children. She’s rich, driven, and brilliant.

But she’s also alone… After her eccentric father passes away, Caitlin is furious when she learns that instead of leaving the company and its fortunes to her, he has chosen to make his heirs compete in one last game… A scavenger hunt with a multi-Billion dollar inheritance waiting at the end.

But old secrets and sibling rivalry soon take a dark turn, as Caitlin and the others confront the demons of their past in their search for clues. And when a live video reveals the brutal murder of her greedy brother, the surviving heirs discover the terrifying truth… Someone else is playing the game with them. Someone who will do anything to protect one final secret. What began as a scavenger hunt has been twisted into a maniacal deathtrap, from which their is no escape. And when the game is over, only one of them will remain alive.