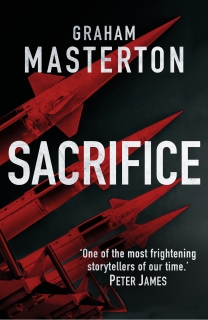 What would happen if America and Russia redefined their spheres of influence? If the Soviets withdrew their interests in Cuba, South America, Afghanistan – and the US pulled their troops out of Europe? Such a radical redrafting of the political map would have consequences for all those involved?
Charles Krogh thought he had left the intelligence world for good, but before long finds himself immersed back in the vast invisible game without rules, the game of deception and bluff… the game without which the world can never be safe… or at peace.
Nicholas Reed, brutally murdered by a stone-cold KGB killer – what did he know?

Marshal T. K. Golovanov, Hero of the Soviet Union and one of the most powerful men in the world – why is he jeopardising the future of his country with a female agent?

Michael Townshend, an English businessman on a visit to a Moscow trade fair – what is the real reason for his trip?
Win or lose, their lives are all a sacrifice…