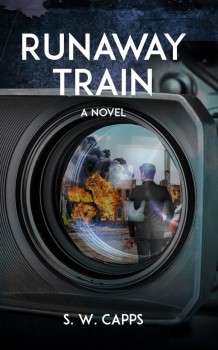 “WE’RE GOING TO GIVE OUR VIEWERS MORE!”

With these words, the TV news ‘train’ officially ‘ran off the rails’. New reporter Bill Stacy arrives at KEGT in August of ’87, the same month the FCC rescinds the Fairness Doctrine. No longer forced to report news in an “honest, equitable” manner, Bill (whose name is as fake as the news he covers) finds himself in the middle of the biggest story to ever hit ‘Texomaland’—a serial arsonist is terrorizing the community.

The big question: Can the investigative journalist find the ‘Torch’ before his ratings-hungry boss gets him killed?