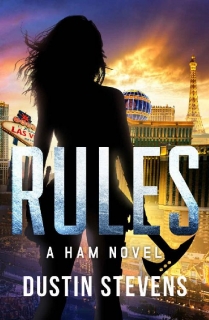 “Those guys might have been brutal, but they built this place from the ground up by implementing a code. Rules for the rest of us to follow.”
Retired Las Vegas Metropolitan Police Department Detective Solomon Hill hasn’t heard the name in years. A man he hasn’t thought about since sending him away more than two decades prior for attempted murder. One of the biggest arrests of his entire career, a person the world is better off without.
Or so it was for the last twenty-one years in the time prior to his sudden inclusion on a list of governor’s pardons. A free pass undoing all that occurred, releasing a man with a short fuse and a long list of people he holds responsible for what happened.
People that Hill still feels responsible for, even if his current physical condition will no longer allow him to make good on it.

Low on time and options, Hill does the only thing he can think of, calling in an old marker—a favor owed from his early days on the force, extended from one of the last vestiges of the original Las Vegas. Someone accustomed to handling issues in a way Hill isn’t accustomed to.
Three hundred miles to the south, Ham muddles her way through the final months of a slow winter. Endless hours spent training for an unknown opponent, each day without the phone ringing heightening her desire for action. The need to be moving again, unable to feel fully alive without the adrenaline of the job after years spent relegated to the sidelines.
A craving that sends her hurtling up out of the desert the instant she hears what happened in Las Vegas…
Right into a head-on collision with a deadly opponent.