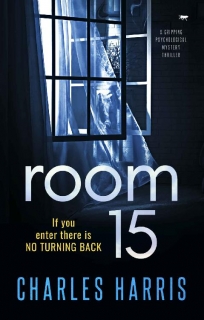 If you enter THERE IS NO TURNING BACK
Ross Blackleigh is on trial for four crimes which he insists he didn’t commit. A detective inspector and a thoughtful self-reflective man, he goes against his counsel’s advice and takes the stand in court.
This is his story.

Ross found himself wandering the streets one night, bleeding from the head and unable to remember the past year and a half. But before he could make sense of it, he was summoned to a crime scene where a nurse had been brutally murdered.
His amnesia unnerved him and, fearing the worst, Ross allowed himself to be taken to hospital, only to be viciously attacked by a stranger with a knife.

Suspecting that the attack was connected with the nurse’s murder and that his own police colleagues were behind it, Ross set out on two parallel investigations: one into the killing and the other into his own mind.
But when he digs into his own psyche, he is scared by what he finds…
Is Ross being set up or is something far more disturbing behind the killings?