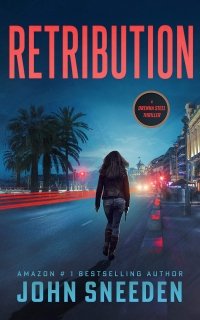 Just weeks before her retirement, CIA assassin Drenna Steel and boyfriend Trevor Lambert are run off a mountain road by another vehicle. Drenna survives the crash, but Trevor doesn’t. There is little doubt that someone had placed a bounty on Drenna’s head, but who was it?

Only a handful of people even know her true identity. Determined to find the person behind the hit, Drenna fakes her own death and begins an investigation that takes her to the glamorous French Riviera, where a mysterious figure known as the Phantom awaits her. But as suspects emerge closer to home, what began as a search for truth turns into a personal vendetta of the most vicious kind.