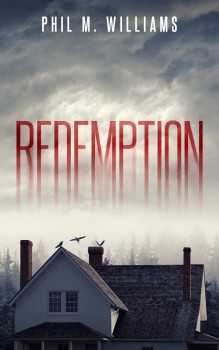 Do you really trust your husband?

That’s what I had to decide. I had it all. At least that’s what people told me. Beauty, brains, and a rich husband. I deserved it too. My fiancé had cheated on me with my best friend. But I won in the end, or at least I thought I had.
Until Christmas of 1999. My ex-fiancé, Danny, showed up at my parents’ house, wanting to talk to my father. Danny’s a police officer, and my father’s a retired officer. A six-year-old girl had disappeared without a trace, resembling a case my father had worked on years earlier.

My parents still loved Danny. The gregarious local cop. A man’s man with manners. What’s not to love? My introverted and awkward husband, Jason, couldn’t compete. My parents weren’t impressed by his money. Jason’s job in finance was too abstract. He made money from other people’s money, like a banker or a loan shark.
I think this made it easier for my family to blame Jason. They were right to blame him. He was alone with her. It was his DNA. It was an impossible choice for me though. My family or my husband. I suppose we all made our choices. We were never the same after that. We all suffered from his terrible crime.

Twenty years later, I had a happy life and a happy family. I wanted to forget the past, but it all came back, forcing me to choose all over again. This time we couldn’t bury the secrets. Jason. Danny. My parents. My daughter. All those missing girls.

Never in a million years could I have seen it coming.