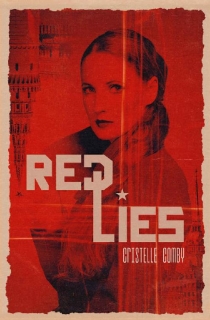 She’s always followed orders. Now she wants out. The price of freedom may be her life.
Moscow, 1986. Soviet spy Sofiya Litvinova longs to end her days exclusively working sexpionage missions. But when she’s dispatched to Stockholm to deploy her honey-trap tactics against a suspected Russian traitor, she has no choice but to comply. Until the assignment goes awry after the diplomat pegs her as KGB during the attempted seduction.

With her cover blown and life in danger, Sofiya agrees to help the man carry out his own covert mission while secretly reporting to her superiors. But when his dangerous blackmail agenda coincides with a devastating explosion in Chernobyl, her hopes for deliverance vanish in a cloud of radioactive dust and political powerplays.
Can Sofiya escape the agency’s deadly clutches before she becomes expendable?