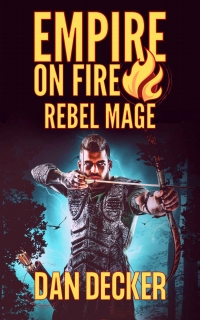 Magic is outlawed for all but the nobility.

Kaor Hund discovers he can wield magic like a mage. His newfound power puts his life at risk. Unable to control the power and betrayed by the girl he loves, he is hunted because of his low birth and forced to flee.

Kaor vows to fight his fate.

While the frightening and sinister Beryl Ruc relentlessly hunts him, Kaor finds unlikely help from an apparent nobleman who promises to deliver him from those who pursue him, but there’s a catch.

An unexpected offer of a new life.

The nobleman makes an offer in exchange for the promised help. Kaor is certain there is more than meets the eye, but what other choice does he have? He faces certain death if he doesn’t. Can Kaor find another way to survive? Will he live through the night?