Ready or Not by Mark Ayre 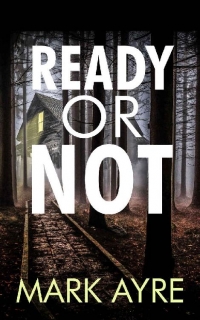 Having forestalled Heidi’s ultimate plan, Amira, Trey, and Mercury live to fight another day.
But after escaping with their lives following a battle in Mercury and Amira’s hometown, cracks within the team begin to show.

Afraid of the lengths to which Amira will go to win the upcoming war, and the darkness she can feel growing within herself, Mercury splits from her team in search of a final confrontation with Heidi. But Mercury cannot defeat Heidi alone, and by the time the team reunites, the dark clouds of Heidi’s ritual are gathering in the sky, and it may be too late not only for Mercury but for the entirety of humanity…