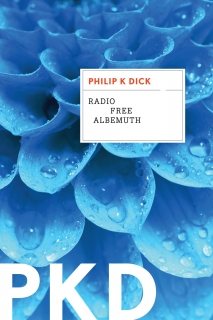 In the late 1960s a paranoid incompetent has schemed his way into the White House and convulsed America in a vicious war against imaginary internal enemies. A struggling science Fiction writer named Philip K. Dick is trying to keep from becoming one of that war’s casualties. And Dick’s best friend, a record executive named Nicholas Brady, is receiving transmissions from an extraterrestrial entity that may also happen to be God — an entity that apparently wants him to overthrow the President.

In this, his last novel, Philip K. Dick morphed and recombined themes that had informed his fiction from A Scanner Darkly to VALIS and produced a wild, impassioned work that reads like a visionary alternate history of the United States. Agonizingly suspenseful, darkly hilarious, and filled with enough conspiracy theories to thrill the most hardened paranoid, Radio Free Albemuth is proof of Dick’s stature as our century’s greatest prankster-prophet.