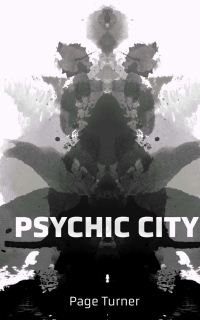 Fortunetellers. Demotivational speakers. Disillusioned shapeshifters.
You never know quite who — or what — you’ll run into in Psychic City, but that’s what makes life interesting for a PsyOps agent.
Penny is a spirit medium hounded by hordes of undead fans, Karen is an empath who spends most of her time hiding beneath an oversized hoodie, and Viv is an eideticist with prophetic visions, a photographic memory, and a lot of baggage she’d just as soon forget.

They might not always know exactly what they’re doing, but when they’re working together to investigate paranormal crime, they get results.
That’s until a string of murders targets the city’s psychic population, hitting a little close to home and putting the trio of detectives to the ultimate test.