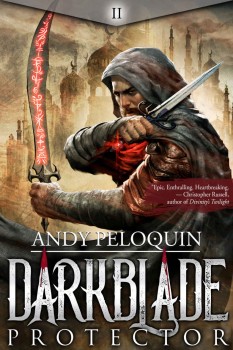 The Hunter’s legend conceals cold, dark truths.
Half-demon bastard. A butcher with the blade, assassin, monster.
For millennia he has stalked the world, conquering all in his path and wading through rivers of his enemies’ blood.

But he remembers none of it.

Now, an oath made in bitterness and regret thrusts him into a new role to which he is entirely unsuited: guardian of a young boy touched by gods and hunted by demons.
The Hunter sets off into desolate wastelands and deserts to seek out answers with blade and brutal skills honed by centuries of violence. At his side rides the boy, an ever-growing inconvenience and testament to his past failures.

The Museum of an Extinct Race by Jonathan Hale Rosen

City of the Dead by Vasily Mahanenko