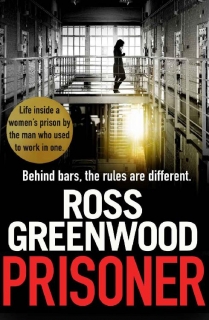 Prison Officer Jim Dalton works on the male side of HMP Peterborough. It’s a dangerous place, fuelled by testosterone-driven violence, but he’s done the job for a long time. He understands the unwritten rules, and he has the prisoners’ respect.

When Dalton is transferred to the female side of the prison his next shift is so easy he can’t believe that the officers over there get paid the same wages. He sleeps well for the first time in years.

Billie hasn’t had it easy in life, and she has earned the nickname Damage because she can give as good as she gets. Ending up in prison might have been inevitable, but Billie hasn’t given up on her dreams yet. If there’s a way to make her time inside easier and to get out of prison faster, she’s going to find it.
When Dalton is assigned to the young offenders’ wing, dealing with female prisoners no longer seems so simple, and in Billie he fears he may have met his match. As every day passes, Dalton is slowly drawn in to new traps and a new nightmare. And as Billie starts to turn the screw, Dalton stands to lose everything…