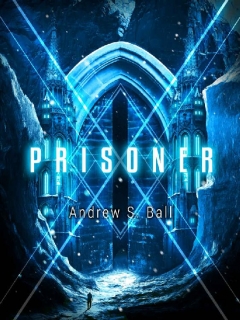 Following a mock tribunal comprised of unfeeling elder magicians, Daniel is sentenced to the bowels of Hell – but what he finds there defies his wildest expectations.

The prison that is Hell has long since been transformed into a series of vicious competitions pitting the prisoners against one another. The bloody debacle is broadcast live by PrisonWatch, the ruthless corporation headed by the demon emperor, Beelzebub.

But Hell isn’t just an exercise in profit or a dumping ground for exiles like Daniel. The magic that ensures Hell’s existence is bound in complex history and forbidden secrets that underline the relationship between humans and demons. With only hints of the truth to guide him, Daniel must fight to keep his head above the political water and escape his role as a new pawn in an ancient conflict. Along the way, he’ll meet old friends, forge alliances, and make new enemies as he strives to beat PrisonWatch at their own game.

On Earth, the Vorid have been beaten back, but the war is only just beginning. Eleanor Astor struggles to bring her personal principles into alignment with the politics of the Ivory Dawn. Suddenly at odds against the order of magicians by which she was raised, she is a lone voice advocating for the contractors, and it’s only a matter of time until the Vorid strike again. With the fate of the entire world resting on the outcome, she’ll be pressed to hold the line until she can find a way to free Daniel…somehow.