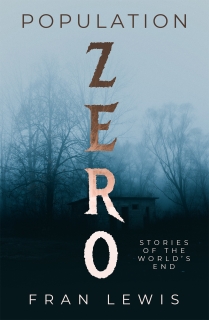 Imagine a forest so dense and so filled with trees that you cannot see anything but darkness. The smell of the dead leaves, the creatures that lived there, and the stench they created. Imagine smashed windows and abandoned satellite dishes and blocks of plaster all over the ground. Imagine… What might the world be like if humans were suddenly to disappear?

In Population Zero by Fran Lewis, we experience several post-human worlds through the eyes of people who were allowed to visit for one day. A world covered in ice, a world in complete darkness, a world where deserts are plentiful, and others… Get a glimpse of what our planet would look like if humans stopped existing. Get a glimpse of the future.