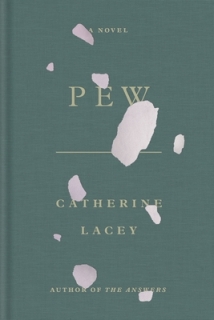 A figure with no discernible identity appears in a small, religious town, throwing its inhabitants into a frenzyIn a small, unnamed town in the American South, a church congregation arrives for a service and finds a figure asleep on a pew. The person is genderless and racially ambiguous and refuses to speak. One family takes in the strange visitor and nicknames them Pew.

As the town spends the week preparing for a mysterious Forgiveness Festival, Pew is shuttled from one household to the next. The earnest and seemingly well-meaning townspeople see conflicting identities in Pew, and many confess their fears and secrets to them in one-sided conversations. Pew listens and observes while experiencing brief flashes of past lives or clues about their origin. As days pass, the void around Pew’s presence begins to unnerve the community, whose generosity erodes into menace and suspicion. Yet by the time Pew’s story reaches a shattering and unsettling climax at the Forgiveness Festival, the secret of who they really are—a devil or an angel or something else entirely—is dwarfed by even larger truths.