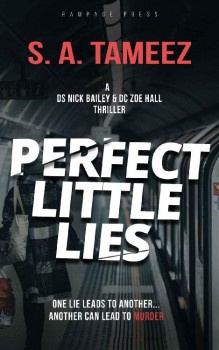 After a body is discovered in the Thames, DS Nick Bailey & DC Zoe Hall begin the hunt for an elusive killer. The clues point to a notorious serial killer, but their instincts point them in a different direction.
With numerous suspects, each with a motive, the Major Crime’s Unit has its work cut out.

After joining the dots, they soon realise there is someone among them who will do anything not to get caught – even kill again.