Past Life by Dick Wybrow 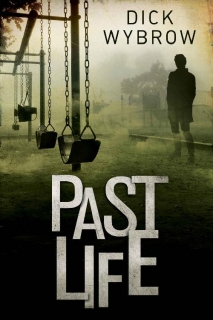 Discovering his past will change everyone’s future.
Painter Mann may be the world’s greatest dead private detective but that doesn’t mean he’s any good at it. In fact, he really isn’t.
So, finally, he decides to get smart. Or, at least, smarter.

Painter is trailing retired Irish detective Ellie Walsh, who is helping out a cop in suburban Atlanta. She and Det. Paul Barnes are racing against time to find out who is behind a series of killings that seem to have no real pattern.

But they’ll have to find the link if they have any hopes in saving the next person on the killer’s list.
Initially, Painter is following along to learn the craft of detective work. Just observing.
But soon it becomes clear, very clear, that this case is personal to Painter Mann.
And one that could, once and for all, unlock the secret of who he was before he died.