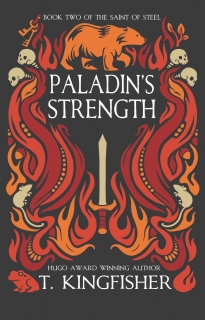 He’s a paladin of a dead god, tracking a supernatural killer across a continent. She’s a nun from a secretive order, on the trail of the raiders who burned her convent and kidnapped her sisters.

When their paths cross at the point of a sword, Istvhan and Clara will be pitched headlong into each other’s quests, facing off against enemies both living and dead. But Clara has a secret that could jeopardize the growing trust between them, a secret that will lead them to the gladiatorial pits of a corrupt city, and beyond…