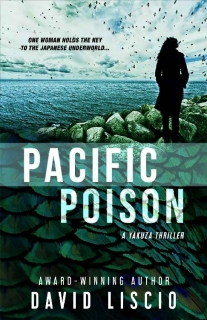 IN THE JAPANESE UNDERWORLD OF DRUGS, GUNS, AND CRIME… ONE WOMAN HOLDS THE KEY TO TAKING DOWN AN EMPIRE.

CIA officer Hannah Summers is dispatched to the South Pacific with one simple objective: discover the source of heroin being trafficked to the United States, and destroy it before another shipment hits the streets of San Francisco.

But on the coral island of Saipan, the yakuza — powerful, elaborately-tattooed Japanese gangsters — have no intention of allowing Hannah and her partners to interfere with business.
With bodies beginning to pile up on the tiny island and tensions mounting between yakuza and local law enforcement, it could be the perfect opportunity for a plucky, blonde undercover agent to infiltrate Orochi “Big Snake” Tanaka’s organization.
Or, it could prove a fatal mistake…