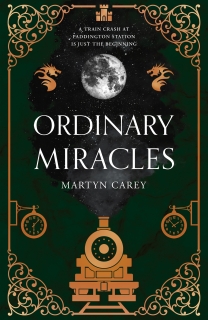 A train crashes at Paddington station. What follows is a series of dangerous and deadly magical incidents that no one could have predicted…

When wizard Mike Frost undergoes an unexpected elevation in his magical skills, he is sent to a training course to cultivate his newfound powers. But it soon becomes apparent that a deadly force is following his every move, using his power to launch devastating attacks across the UK.
Danger mounts, and it seems as though nothing can protect Mike and his friends. Time is running out. Can anyone find and stop those responsible before it’s too late?