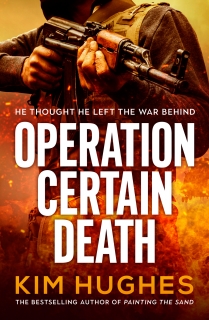 HE THOUGHT HE LEFT THE WAY BEHIND. BUT IT’S COME HOME WITH HIM.

A bomb explodes in a newly designed shopping complex in the centre of Nottingham, ripping through the lives of everyone in its wake. Confirmed as a targeted, terrorist attack, special units are quickly brought in to lock down the area.

For bomb-disposal expert, Staff Sergeant Dominic Riley, Afghanistan never feels far away and that’s especially true on the morning of the bombing. Riley isn’t on active duty, but that doesn’t stop him fighting his way to the destruction – which is only just beginning.

What he doesn’t yet know is that this is just the start – that the bomb-maker and those who hired him have bigger plans in place, ones that are designed for maximum destruction. Plans that are personal. For Riley – and his family.
It’s a race against time to work out the link before more people are killed – because Riley is our only hope. And he just might be our last.