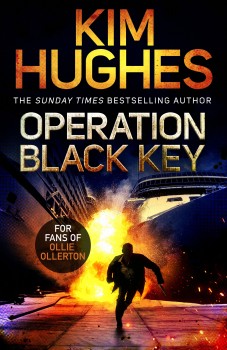 Left reeling from the disappearance of his daughter and ex-wife, Staff Sergeant Dom Riley is a haunted man. After months of investigating, he has exhausted nearly all leads in his hunt for answers.
As Riley decides to make one final, desperate push for the truth, it emerges that multiple bombs have been located on board a civilian cruise ship and he is thrown into action in the middle of the ocean.

With little information on the person behind the threat other than the alias BaseHeart, Riley must keep his head together if he has any chance of neutralizing the threat. And it’s not long until the first bomb detonates.
But it’s not the journey, nor the bombs themselves, that pose the real danger. In fact, in travelling halfway across the Atlantic Ocean, Riley will ultimately learn that the enemy is much closer to home . . .