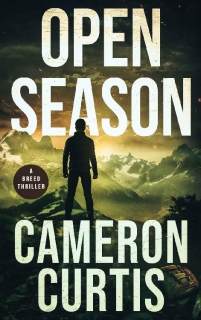 The Taliban want her dead. But first they have to get past Breed.
Breed, a Delta Force veteran, is surprised when he is called to meet an old acquaintance—CIA agent Anya Stein. She offers Breed a mission he can’t refuse—to rescue an American soldier, Robyn Trainor, held captive in the mountains of Afghanistan.

When the mission goes sideways, the Taliban hunt Breed and Robyn over some of the harshest terrain on the planet—thousand-foot cliffs, wailing wind, and freezing nights. It’s a landscape from hell, every bit as lethal as the killers chasing them.

As the Taliban close in, Breed finds the stakes are higher than he ever dreamed—because Robyn Trainor is not what she seems. She is a player in a greater game. One that ends with an explosive showdown in Washington DC’s highest corridors of power.

A Star is Dead by Elaine Viets