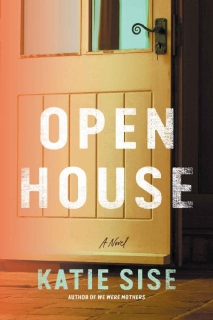 A missing young woman, ten years gone. A town still held in the grip of an unsolved mystery. A breathtaking novel of psychological suspense by the bestselling author of We Were Mothers.

A decade ago in upstate New York, art student Emma McCullough walked into the woods and was never seen again. It’s a mystery that still haunts her bucolic university town and her broken family, especially her sister, Haley, whose need for closure has become an obsession. But now, finally, the first piece of evidence in the vanishing has been found: Emma’s bracelet, lodged in a frozen piece of earth at the bottom of a gorge. For Emma’s three best college friends, for a beloved former teacher, and for Haley, the chilling trinket is more than a clue in a resurrected cold case. It’s a trigger.

Then a woman is attacked during an open house, and the connections between the two crimes, ten winters apart, begin to surface. So do the secrets that run as deep and dark as the currents in this quiet river town.