One Red Cent by Ellie Ashe 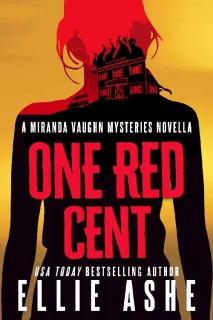 Sarah Girard has a reputation to protect—the paralegal has never failed to serve a subpoena, no matter how reluctant the witness. But this sneaky chef she’s tracking is more slippery than usual.

To get her man, Sarah’s going to have to do the unthinkable—team up with tall, smug, and all-too-handsome investigator Burton Worthington. And if they fail, an innocent man could take the rap for arson.
* * One Red Cent was originally published in the Killer Beach Reads anthology (2015). * *