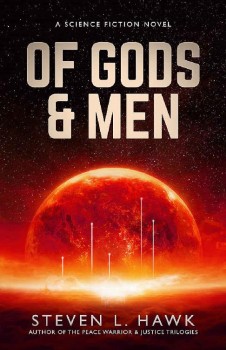 Three stories. Three worlds. Three lives. One connection.
Hallenite
Jerrell has been selected from a pool of millions to be a candidate for Hallen’s SpaceOut program. Now, he just has to be beat out the competition to win a seat on the first colony ship to New Hallen, a world light years away. Being selected offers an escape from their dying planet. But what chance does a teenager from the wrong side of town—who’s even never owned a pair of shoes—stand against the planet’s brightest and most privileged?

Man
Max is a successful sales rep, with promotions and a bright future ahead of him. But how will an unexpected diagnosis affect his future?
God
As the best hunter in his tribe, El is the unchallenged leader of his people. But how will he fare against an unknown foe that is destined to defeat him?