Nothing Ventured by Roderick Price 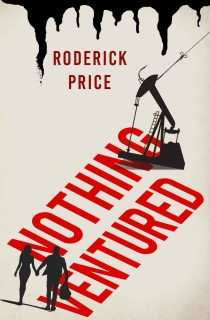 What does a man do when his wife tells him that “getting by isn’t good enough any longer?” In Houston, Martin Cantrell is an oil company geologist stalled in his career. His wife asks for a divorce. On a trip to Wisconsin, Martin runs into an old college girlfriend, Taylor Thompson, who is the powerful and attractive director of the Wisconsin Department of Natural Resources.