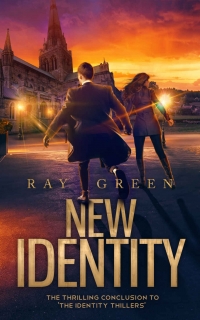 Jason Hardwick and Gabriela Suarez have been on the run for almost three years – pursued by a network of professional assassins. Now they are living under false identities in the market town of Chichester, in England.
Mark Bowman was the detective who helped the couple escape from a terrifying confrontation with their pursuers in New York City some fifteen months ago. Now he has been murdered. His killer is Jade Lacroix: a beautiful, highly intelligent, bisexual assassin. Jason and Gabriela are her next targets.

When Jason and Gabriela learn of Mark’s death, they realise that these people will never give up. What can they do to fight back?
Alexis Miller – also an NYPD detective – was Mark’s girlfriend. She has vowed to bring his killer, and those she works for, to justice. Will Alexis track down the assassin before she gets to Jason and Gabriela? Will she become a target herself? Who is the shadowy figure behind this murderous network?