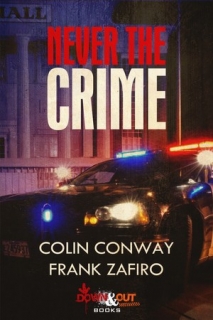 Spokane Police Officer Tyler Garrett is a man of many different images. To the public, he is a once-maligned and now redeemed cop, the victim of public prejudice and city politics. To the Chief of Police and the Mayor, he is a good cop, falsely accused and thankfully back to work. To his wife, a man she no longer knows. And to those who know his secret, he is the most terrible thing any police officer can be-a traitor to his badge.

Clear of the controversy that surrounded him less than two years ago, Garrett is moving on and getting his life back in order. Meanwhile, Detective Wardell Clint remains on the hunt for any evidence against him that proves what Clint already knows-that Tyler Garrett is dirty. Clint has vowed to stop at nothing to bring down Garrett once and for all.

In the midst of Clint’s efforts, a rash of new city hall scandals break out, including a suspicious death, and Tyler Garrett inserts himself into the investigation. But he isn’t the only one. No one seems immune to being drawn into the web of dirty politics. Officer Gary Stone, assigned as a liaison to city hall, finds himself thrown into the midst of this maelstrom, struggling as his loyalties and ethics are challenged. The mayor, the chief, councilmembers, police captains, and news reporters all square off, each with their own agenda.

Before it ends, everyone will learn that it’s never the crime that causes downfall, but the following cover-up.