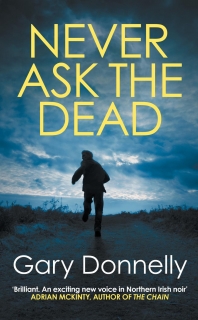 When only the dead have the answers, who can tell you the truth?

Retired PSNI cop Tom ‘Tucker’ Rodgers has a cracked ballpoint pen, one second class stamp and no time left. The best he can do is try to get a message to DI Owen Sheen, the only man he knows he can trust.

Sheen and DC Aoife McCusker are struggling with political agendas fed to them from the Chief Constable and now the single note from the missing Tucker is preying on Sheen’s mind. A list of four dates, decades old, and a cryptic message. Tucker says that they killed his friend, and now they’re coming for him. Sheen and Aoife’s search places them on the path of the most highly placed IRA double agent of the Troubles as well as another man with an old score to settle…