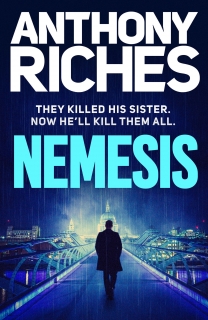 They killed his sister. Now he’ll kill them all.
Mickey Bale is an elite close protection officer. That’s why the Met police has given him the toughest job of all: guarding the Minister of Defence at a moment when Chinese-British relations have hit a deadly boiling point.

And when Mickey’s life isn’t on the line for his work, he’s taking his chances waging war on a powerful London gang family. Their dealer supplied a lethal ecstasy pill to his sister, and Mickey is determined to take them down, one at a time.
But will he get away with it – or will his colleagues in the force realise that the man on an underworld killing spree is one of their own?