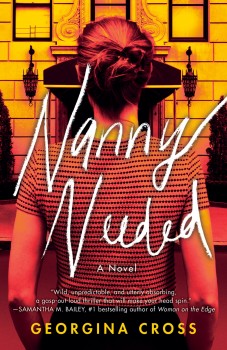 Nanny needed. Discretion is of the utmost importance. Special conditions apply.
When Sarah Larsen finds the notice, posted on creamy card stock in her building’s lobby, one glance at the exclusive address tells her she’s found her ticket out of a dead-end job—and life.
At the interview, the job seems like a dream come true: a glamorous penthouse apartment on the Upper West Side of NYC; a salary that adds several zeroes to her current income; the beautiful, worldly mother of her charge, who feels more like a friend than a potential boss. She’s overjoyed when she’s offered the position and signs the NDA without a second thought.

But in retrospect, the notice in her lobby was less an engraved invitation than a waving red flag. For there is something very strange about the Bird family. Why does the beautiful Mrs. Bird never leave the apartment alone? And what happened to the nanny before Sarah? It soon becomes clear that the Birds’ odd behaviors are more than the eccentricities of the wealthy.
But by then it’s too late for Sarah to seek help. After all, discretion is of the utmost importance.