Murder in the Tower by Roy Lewis 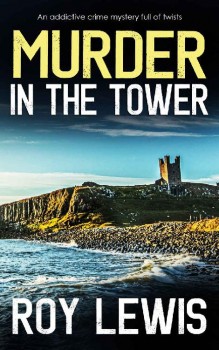 Originally published as A Secret Dying.

Two lovers murdered in a midnight tryst.
Late one night, Lynne Anderson reveals to her lover that she has something to tell him. And it’s not just pillow talk.
But before she can spill her shocking secrets, a shooter silences her and her lover for ever.
A colleague who vanishes without a trace.
Meanwhile, her husband Kevin Anderson has disappeared, leaving behind only a partial report on the ancient tower houses he and Arnold Landon are reviewing.

Can Arnold piece it all together before the killer strikes again?