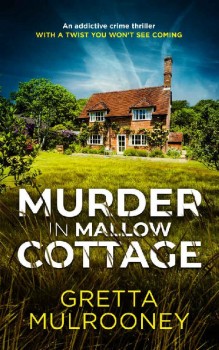 Someone’s out for revenge.
The colder the better.
Eugene Warren is found at the local crematorium. But he shouldn’t be there. Nobody knew he was dead.
Detective Siv Drummond and her team are on the case. But the only person the victim seemed to be friends with is missing.

Now the search is on to track down Henry Kilgore. But what they find is Eugene’s car and a cryptic message:
Remember fun at Mallow Cottage.
What lethal secret lies hidden between the lines? Can Siv piece it all together before the killer strikes again?