Murder at The Manor by Anne Penketh 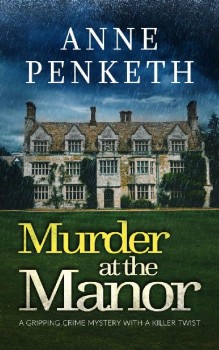 DETECTIVE SAM CLAYTON IS BACK IN ANOTHER GRIPPING NORTH NORFOLK MYSTERY.
Has a village feud led to murder? Or is the killer closer to home?
Rupert Iverson is found dead in the swimming pool of his North Norfolk manor house, dressed as Louis XIV.
He was hit over the head with a blunt object and held under the water.

More than one of the twenty-four guests has motive — as do several of the local villagers, who have been feuding with Rupert’s father.
Then one of the villagers is discovered on the beach.

Will Detectives Sam Clayton and Julie Everett uncover a connection or will a third body turn up?